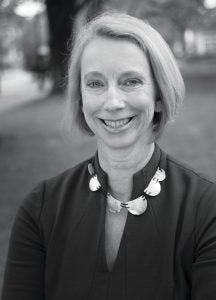 Language isn’t simply a means for communication, it is also a medium through which we understand the world. Wilhelm von Humboldt was one of the first to advance this idea in the early 19th century. Since then, we have come to understand that learning a new language means immersing oneself in a new world view. Thus, the value of learning a new culture through language lies in trying on new identities, expressing ourselves more thoughtfully, and, most importantly, stepping out of our comfort zones. When we learn a new language, we hold a mirror up to our own culture, allowing us to see it from a different perspective.

In 2010, when I took over leadership of URI’s International Engineering Program (IEP), I expected to employ expertise from my previous job at a program with a similar mission: to educate global engineers. But what I found here was a unique kind of program—one that integrates languages with engineering. Little did I know then that this five-year program with its mandatory year abroad would allow me to witness truly transformative growth in our students.

At the end of their year abroad, when we ask our students how they have changed, they point out that they have adapted to the lifestyles modeled to them by people in their host countries: biking to work and recycling in France and Germany; playing soccer and enjoying siestas in Spain; learning to salsa dance in Mexico; and using public transportation in Europe and Japan to travel extensively. Many adapt to things like living without air conditioning, eating smaller portions, and wasting less food. Many try new things, like bouldering, hiking, biking, singing in a church chorus, or even skydiving! They experience tremendous educational and personal growth while developing cultural empathy—and often changes of personal and political perspectives.

An internship host company in Japan praised an IEP intern because, unlike other U.S. students they had worked with, our student had not simply learned to speak Japanese, but had also learned the Japanese way of communication—he came across as humble, modest, team-oriented, and extremely polite. In exit interviews and reflective essays, our students relate increased levels of independence, responsibility, and altruism. They tell us that the initial feeling of isolation and culture shock they experience in their host countries helps them develop a deeper understanding for what international travelers, immigrants, and refugees face.

Furthermore, in navigating the complexities of learning new communication systems, students are rewiring and plugging in to both the left and right sides of their brains. Learning new languages, especially those with significant linguistic and/or cultural differences from English, such as Chinese and Japanese, develops abstract capabilities that allow students to think more flexibly. For example, IEP (German) alumna Sareh Rajaee ’06, fluent in Farsi, English, French, and German, completely switched career paths from engineering to the medical field and is now a practicing vascular surgeon.

My own life is almost equally split between Germany and the United States. Having thus learned to navigate ever-increasing layers and nuances of these and several other cultures, I am happy to share with my students both the challenges and the considerable surprises and joys of living two cultural identities and of seamlessly switching between them. •

Sigrid Berka is executive director of the International Engineering Program and
a professor of German.